The Life Of A Bike Tour Operator After Kleesto 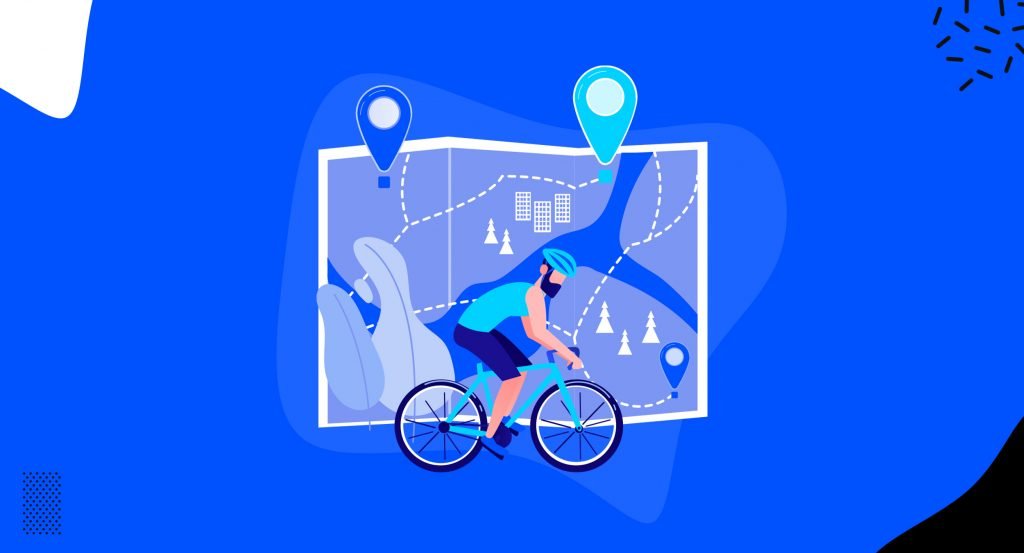 In this article, we will introduce you to the case of a bike tour operator based in Crete, who, for the sake of discretion, we’ll be calling Barbabrillios. The owner is an ordinary, traditional Cretan man.
When Barbabrillios was young, he loved cycling with his friends. They used to explore the whole island with their bikes, discovering hidden paths and unapproachable beaches.

He was 23 years old when his passion for cycling led him to set up his own bike company. His dream was to organize guided tours to give access to unapproachable places of the island to more people and become one of the top cycling tour operators in Crete.
Now he is 45 years old, and most of the time, he is very stressed.

As you can imagine, managing everything alone during high seasons can be very challenging. He doesn’t even have time to cycle with his friends when cycling because he started his bicycle tour operating business!

I guess you can easily imagine how Barbabrillios’s office might be: a desk full of papers, which would drive him crazy. Especially in high season, when everything was demanding and should be efficient as a bike tour facilitator.
His highest priority was to try to keep everything organized in excel files. On top of that, he had to answer phone calls from travelers seeking bicycle adventures in Crete. So he had to pick up the phone calls and synchronize guide tour timetables with his clients, tasks that most of the time led to messed up reservations! As a consequence, over-bookings were such a common phenomenon that he missed reservations. As a result, he ended up with many two start review ratings!

Barbabrillios was struggling to explain every detail to customers every time someone asked for it!
As soon as somebody interested in a tour showed up, he had to present all bikes provided and all types of bicycle tours to choose the most suitable for them. Then, he had to explain the prices, discounts, tours timetable, and destinations while communicating well with his partners. His partners included bike repair companies, hotels, travel agencies, and tour guide partners. He informed all of them immediately if the price is different or the bike tours were not available at a specific time or day.
All he could do was update his excel files and send them one more time to his partners (that’s if he had the time during high seasons!).

The cost of poor resource management

Let’s now discuss Barbabrillios’ performance in resource management. His primary need was to synchronize the personnel with the equipment. For example, tour guides and bike vehicles always had to be synchronized with customers and tours in real-time.
As a result, double bookings were a common problem for his bike company. He will never forget the day that a Chinese family had booked a 6-people bike tour at the same time with a family from Ikaria. As he told us, they were trying to figure out a solution for an hour in his office. In the end, they left with a bad review of his business. That was the day Barbabrillios came across the Kleesto tour operator platform through a search he did online. After a demo with our sales team, he decided to upgrade his company with an automated solution.

His life after Kleesto changed dramatically. No more paperwork! All reservations and services were automated and organized in Kleesto’s online software solution. Having an all-in-one tour operator software meant that he had his own online space to manage all the bookings, pricing plans, and many more. Now, he can track instant bookings on bike tours from his website provided by Kleesto’s online booking solution. Without a doubt, he doesn’t have any more over-booking troubles. Now everything is automated. And his reviews are five stars!

Great communication with his partners

With Kleesto, his partners’ network has expanded significantly, and he is making better and wiser decisions for his company’s operation. Moreover, our tour operator software allows him to communicate any changes in his business to his partners in real-time.
Let’s explain further how he handles communications with the hotel in his area. With a small piece of code placed on the hotel’s website, any visitor staying at the hotel can book a bike tour directly from the hotel website, which can sync with the Barbabrillios system. At any moment, all partners can have the same information about any time or price!

As you remember, managing his resources was the major problem Barbabrillios had to deal with, but Kleesto luckily changed that rapidly. Kleesto’s software connects availability and equipment, updates all reservations and cancellations in real-time, and syncs with all his partners and channels. What does this mean? If all bikes are not available at any given time, the system won’t accept any more bookings.
Also, if a guide is responsible for a specific tour, he won’t be booked for another activity. So, finally, Barbabrillios has achieved to maximize the use of his resources and so his revenues.

From a small, local bike tour operator, he has grown into an international experience provider with great rating reviews and recommendations. Now, travelers worldwide can find Barbabrillios through his website and book their favorite bike tour in advance. In addition, he can connect with travel agencies outside Crete! In a world where travelers want to share their experiences, they can now comment, leave reviews and share their knowledge, resulting in more customers every year.

As described, just after getting in touch with Kleesto, Barbabrillios realized that this was all he wanted as a bike tour operator! He got all he was asking for the excellent organization and increased performance while providing quality and uniqueness to his customers. If you are a cycling tour operator and have the same issues as Barbabrillios had before using Kleesto, book a demo with our team or start using Kleesto for free.

Automate your booking, operations,
and communications with Kleesto.

How to do horse management with Kleesto’s booking software

Join over 10,000 subscribers and get useful resources delivered to your inbox.

kleesto is the tour operator software helping you organize and automate your booking management, resource administration and communication operations.